Agua de Horchata, also known as rice water, is an incredibly delicious and creamy summer drink well known all over Latin America and Spain. This recipe is an easy version of Mexican Agua de Horchata that is served in any Mexican restaurant together with Agua de Jamaica. 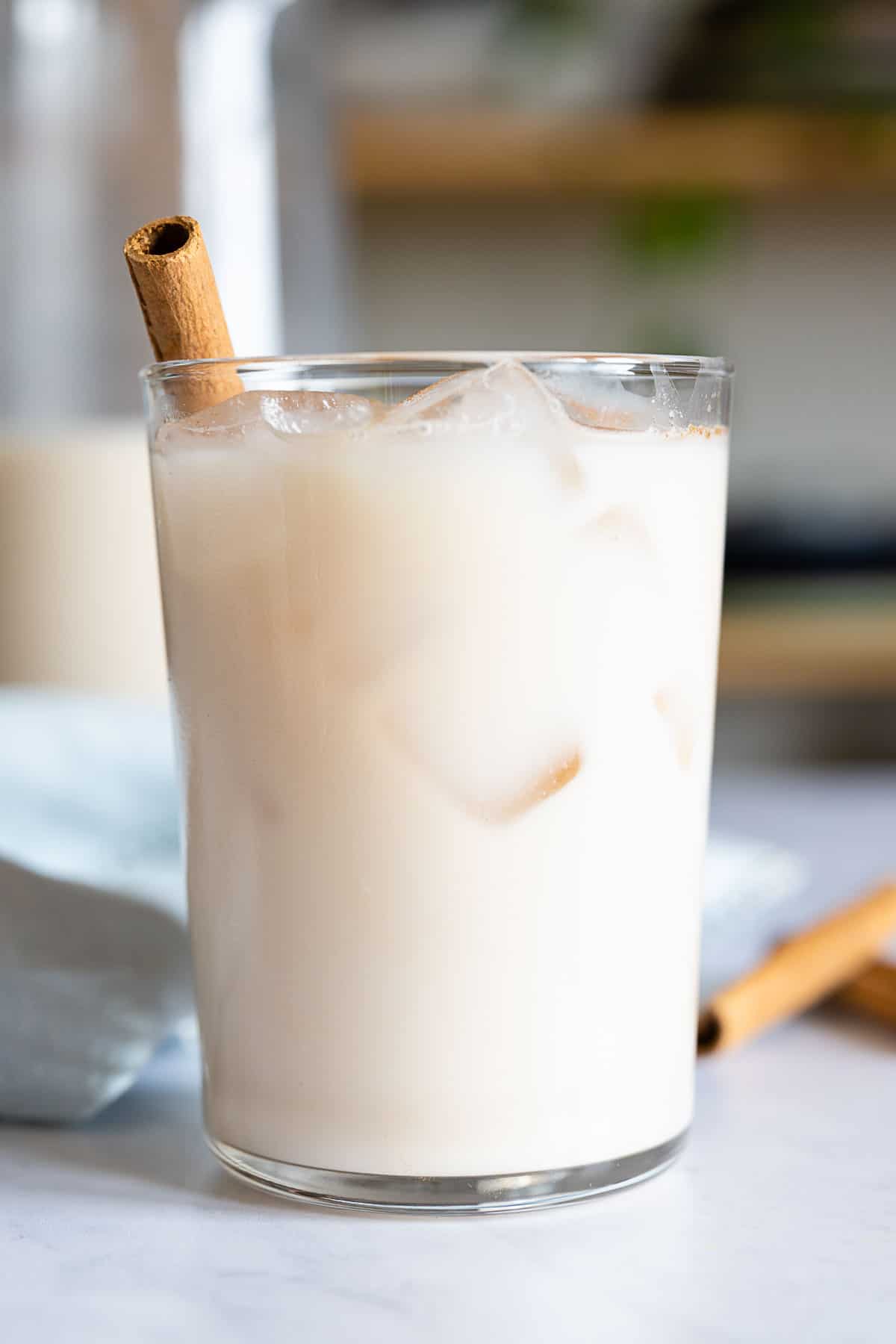 Agua de Horchata (pronounced or-CHAA-tuh) is just one of many refreshing drinks known as “aguas frescas“, which are traditional beverages that are very popular in Mexico and Central America.

This milky-looking drink usually starts with a base of rice, sometimes ground oatmeal, nuts and even seeds are used. The ingredients are mixed with water, spices (usually cinnamon), and a sweetener, then steeped and served over ice.

Every country adds its own special twist to this recipe so no horchata tastes exactly like the other. I’m taking it even one step further and adding maple syrup as a sweetener which is not at all traditional but SO yummy and way healthier!

How To Make Agua de Horchata

You can keep Agua de Horchata at room temperature with ice cubes in it for a couple of hours but then it should be refrigerated, preferably in an air-tight container.

It will keep well in the fridge for about a week. If you notice any separation, you can simply stir or blend the ingredients again to recombine them.

You can also freeze this rice water. To defrost simply place it in the refrigerator overnight and give a quick whisk before serving.

Is Agua de Horchata good for you?

The answer to this question is most likely, but, it all depends on the sweetener you use. My recipe calls for maple syrup as the sweetener and quite a bit less than traditional Aguas which is a healthier option. You can use any type of sweetener you like, though.

How long does it take to make the recipe?

It only takes a few minutes of processing the ingredients in a blender. After that, the rice needs to release its starch into the water, which can take several hours but requires cero work from your side. 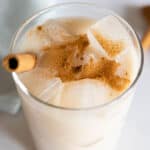