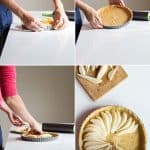 Looking for a simple and easy pear tart? Search no further, you found it! 7 ingredients (if you don’t count the pinch of salt). 20 minutes preparation time. 30 minutes in the oven. No special equipment needed. No special ingredients needed. What else can one wish for?

The best part about this simple pear tart is not even the simplicity but the fact that it is refined-sugar-free. Yes, you read that right. It doesn’t mean it’s not sweet. It doesn’t mean it contains no sugar at all. However, it is made with maple sugar which is much healthier and in my opinion also muuuch more delicious than refined sugar.

To give you an idea of how easy and simple this pear tart is, here you can watch a 60-second instructional video before continue scrolling to read the details of the process.

To keep prep time short and the recipe simple and easy and the crust absolutely delicious I believe a “butter crust” is the best option. It is basically a mix between a shortcrust (but not as crumbly) and puff pastry (but not as time consuming). You will only need flour, very cold butter, a pinch of salt, an egg yolk, ice cold water and a tiny bit of maple syrup. That’s it. Making the crust takes 10 minutes max. Promise! 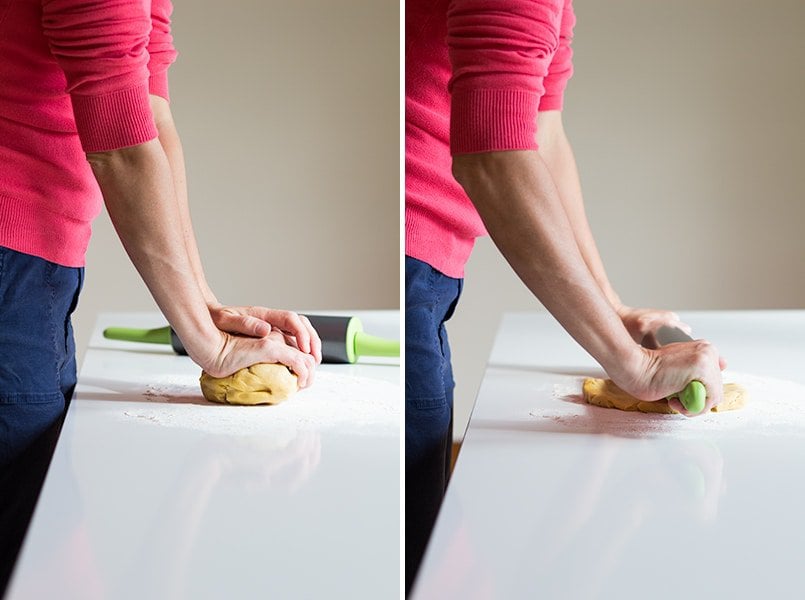 I’ve tried this tart with Bosc pears, Bartlett pears and Anjou pears and I found each of them to work just fine. However, the Bosc was probably the easiest to handle while peeling and slicing because it holds really well together. The most important when choosing the pears is its firmness. They can’t be all ripe and mushy. They should be firm enough to thinly slice without breaking apart. 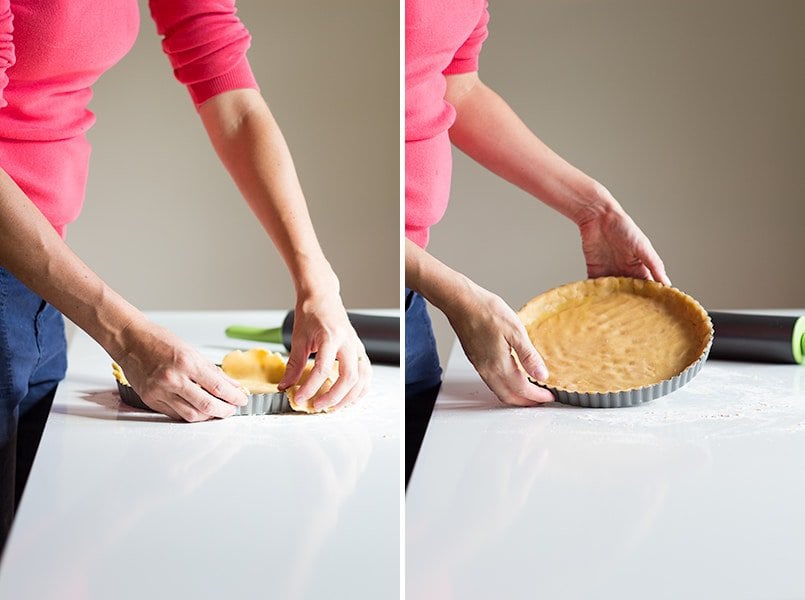 Can pears be substituted by apples in this pear tart recipe?

Absolutely! I made this exact same recipe only with sliced apple instead of pear and sliced almonds sprinkled on top and it tastes amazing! I wouldn’t use another fruit though. If the fruit contains too much water the crust might not harden and instead become mushy in the center. Stick to either pears or apples.

For a twist on an apple tart check out this Simple Apple Tart on the blog. It’s got a oatmeal pie crust instead of a flour butter curst and it’s just as amazing as this pear tart. 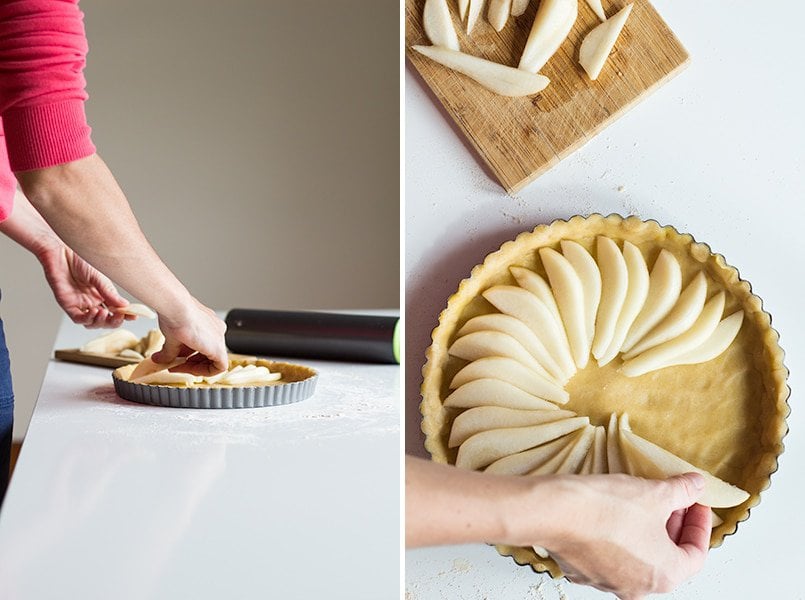 Hands down, maple flakes! When I first tested the recipe I didn’t know if maple flakes were going to melt away on top as sugar does. The pie could very well have broken apart or be all soggy in the center. The crust turns out perfectly golden and crisp though. The center cooks through wonderfully and the maple sugar melts beautifully and gives the pear tart that extra special deliciousness and color.

I know it is hard or very expensive to get maple flakes in other countries than Canada but I really believe it’s worth to try and get some. Otherwise I guess coconut sugar might do the trick. Maple Syrup or honey will NOT be suitable because they are liquid and would probably make the tart soggy. If coconut sugar isn’t easy to get where you live either, just use regular brown sugar (<- last resort).

It is the best pear tart I have EVER made. I really, really, really liked it and the funniest part is, it was invented in about 10 seconds and doomed to be a failure because of that. My husband called in at around 4 pm to ask if it was ok to bring over 3 dinner guests. OF COURSE!!! We love to have people over and I wouldn’t say no to socializing even if I were only able to serve boxed pizza and tap water. YOU won’t even have to consider pizza and tap water though because now you’ve got the best and easiest pear tart recipe ever to come to the rescue.

If you are on a gluten-free diet check out this beyond amazing Simple Apple Tart. If you are more of a pie person, you HAVE to make this Healthy Pumpkin Pie.

Now go get out your ingredients and let’s get started :) 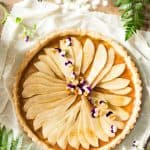 Prep Time: 20 minutes
Cook Time: 30 minutes
Total Time: 50 minutes
Servings: 4 people
Looking for a simple and easy pear tart? Search no further, you found it! 7 ingredients (if you don't count the pinch of salt). 20 minutes preparation time. 30 minutes in the oven. No special equipment needed. No special ingredients needed. What else can one wish for?
Print Recipe