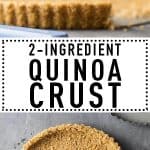 This 2-Ingredient Quinoa Crust is both a naturally gluten free pie crust and a naturally vegan pie crust. It serves amazing as quiche crust and if made flat even as quinoa pizza crust. 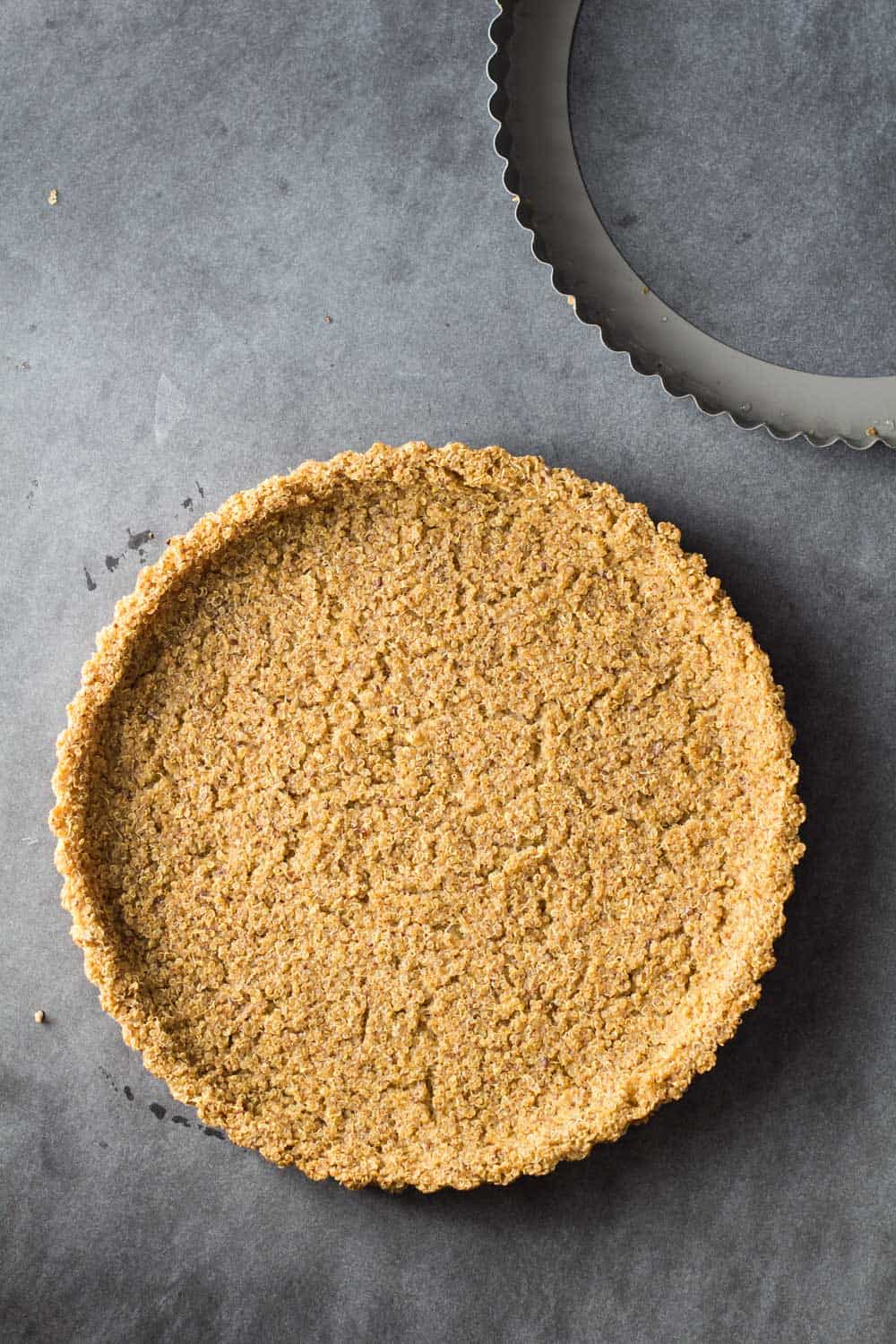 I am SO proud of this recipe! SO SO SO proud! I mean 2-Ingredient Quinoa Crust, the title says it all. It screams amazingness!!!

Ok, so, usually a gluten free pie crust has an ingredient list that makes you dizzy. In order to get the crust to resemble a regular wheat flour butter crust one has to work with several different gluten-free flours and/or all kinds of sticky stuff that isn’t egg or butter.

Was this too confusing? I mean, I don’t like all those gluten-free “tastes like flour” sponge cakes that don’t taste like the real thing AT ALL and are almost always made of 10 million different flours to get a semi similar consistency to wheat flour.

Enough of the rants. Let’s get started! 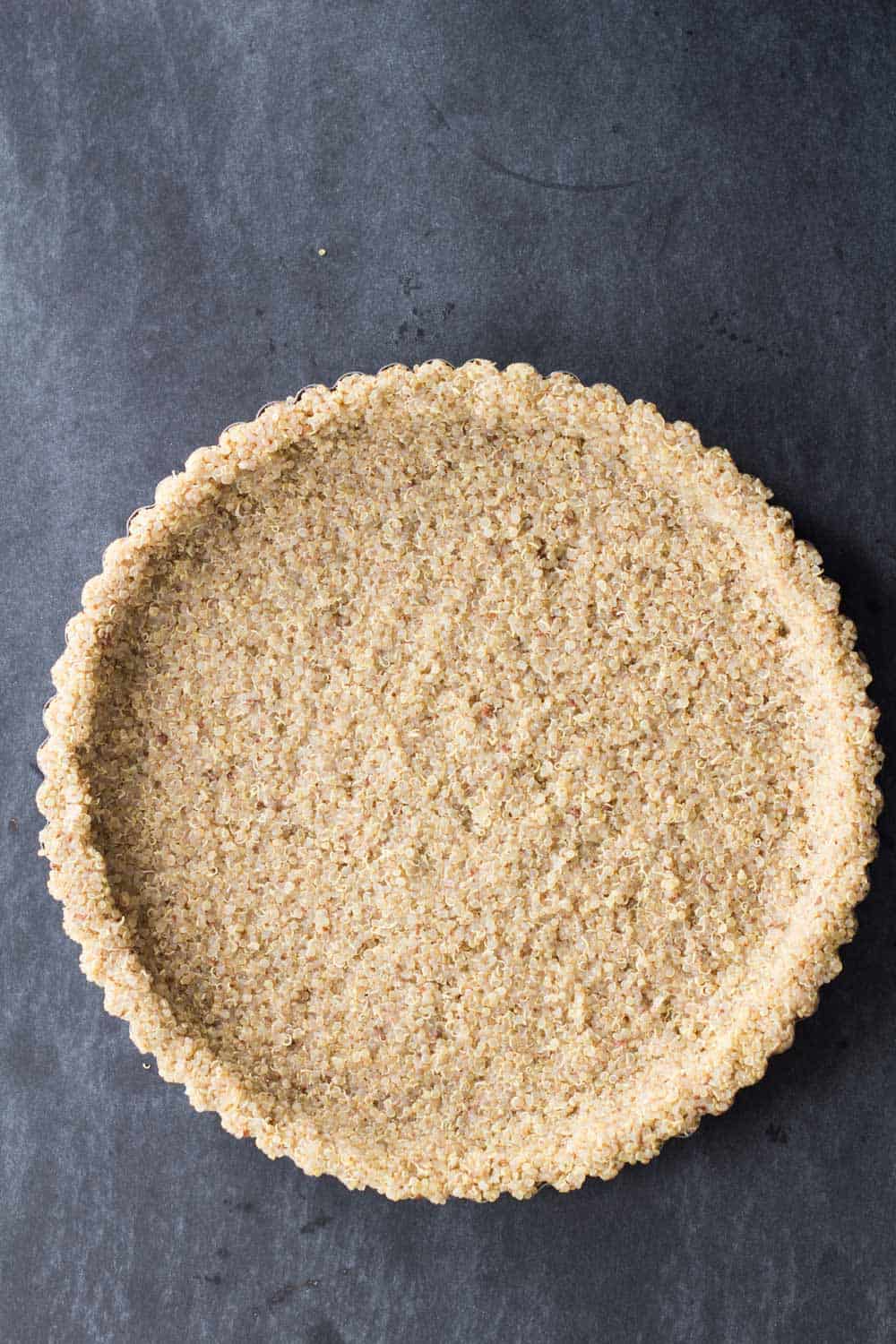 Yes, you can use this crust for savory quiches or sweet pies and even pizza crust. It’s super versatile. Quinoa has somewhat of a nutty flavor and tastes amazing both salty and sweet.

The first time I made it, I did have in mind that I wanted to make a vegan quiche. However, I didn’t want to experiment with brown rice flour, tapioca starch, egg replacer stuff, some sort of oil to replace butter and what not. I wanted something simple that tastes good and if possible boosts the quiche’s nutrition even further. The crust being gluten-free was simply a nice “side effect” :)

I figured, if the crust didn’t stick together as planned, and fell totally apart after baking, I could simply eat as a side. Right?

It did however hold its shape amazingly! Which is why I’m here today to share the recipe for the naturally gluten free crust itself. It deserves a whole blog post and recipe card.

I still have to experiment with it and use as gluten-free pie crust as in “sweet pie”. You can read in comments though that others have already had success with it. Add a little honey or maple syrup to the crust to make it sweet. 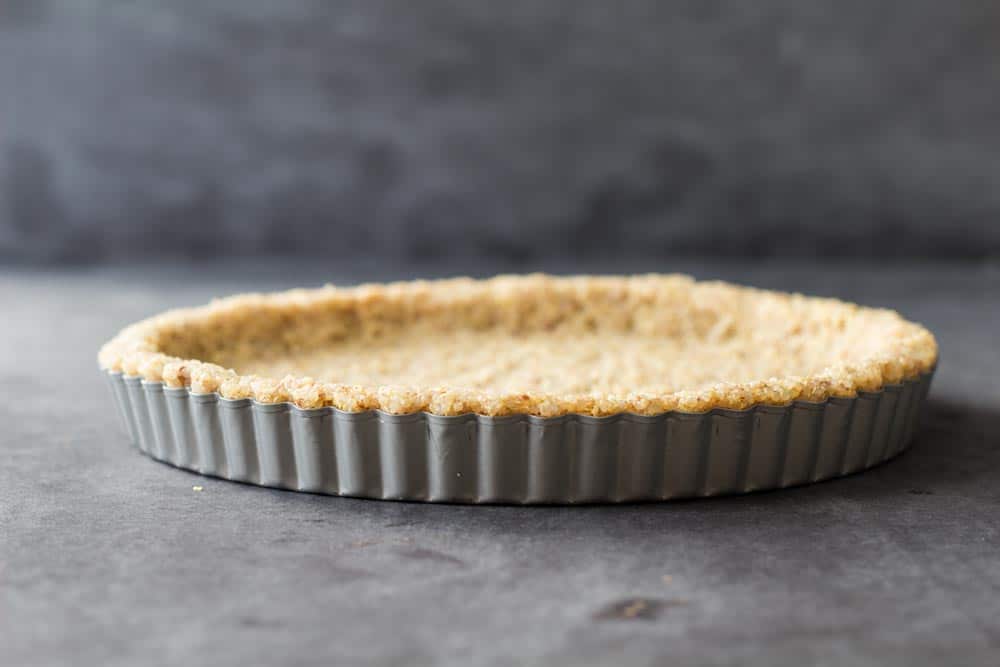 Quinoa is vegan, flax seed is vegan and water is vegan. Which makes this a naturally vegan pie crust or quiche crust in the most simple way that can be.

Ever heard of a 2-ingredient quinoa crust (3-ingredient if you count water) before? Ya, me neither. That’s why I had to invent it, hehe.

No egg needed to make it sticky, the quinoa itself mixed with the gooey sticky ground flax form the ‘dough’ into a beautiful crust. I mean look at this: 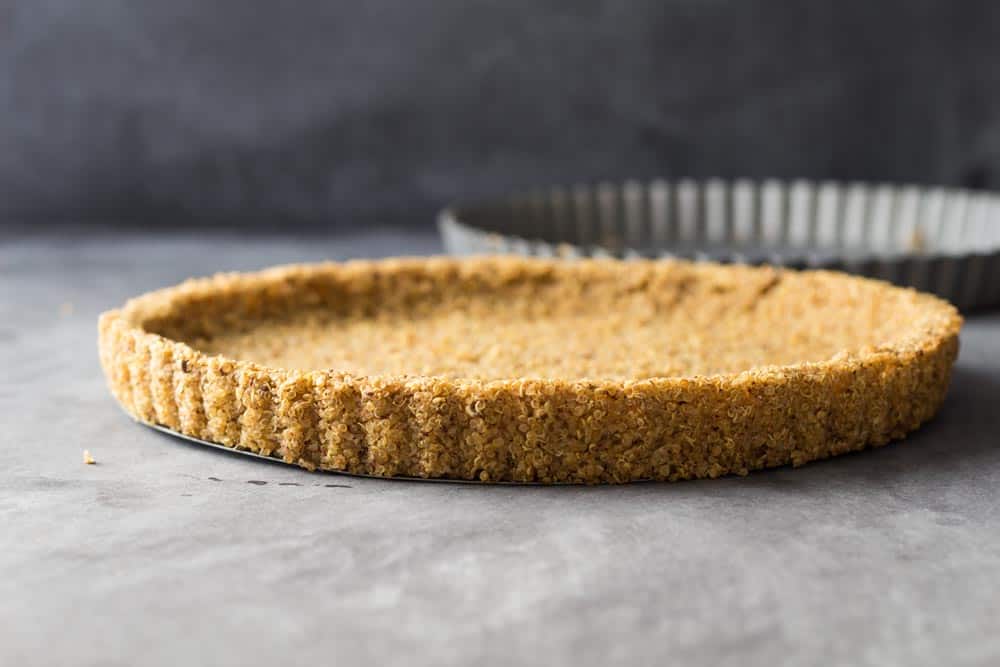 Absolutely! It didn’t occur to me until I made the crust alone without a quiche filling. But look at the picture. Think away the border and you’ve got a wonderful quinoa pizza crust.

I can totally imagine putting some delicious homemade tomato pizza sauce on this quinoa crust, top it with some delicious sliced fresh mozzarella and fire roasted veggies. *pure bliss*

I’ve never been a big pizza fan but I might just have converted into one with the pure thought of quinoa crust pizza. 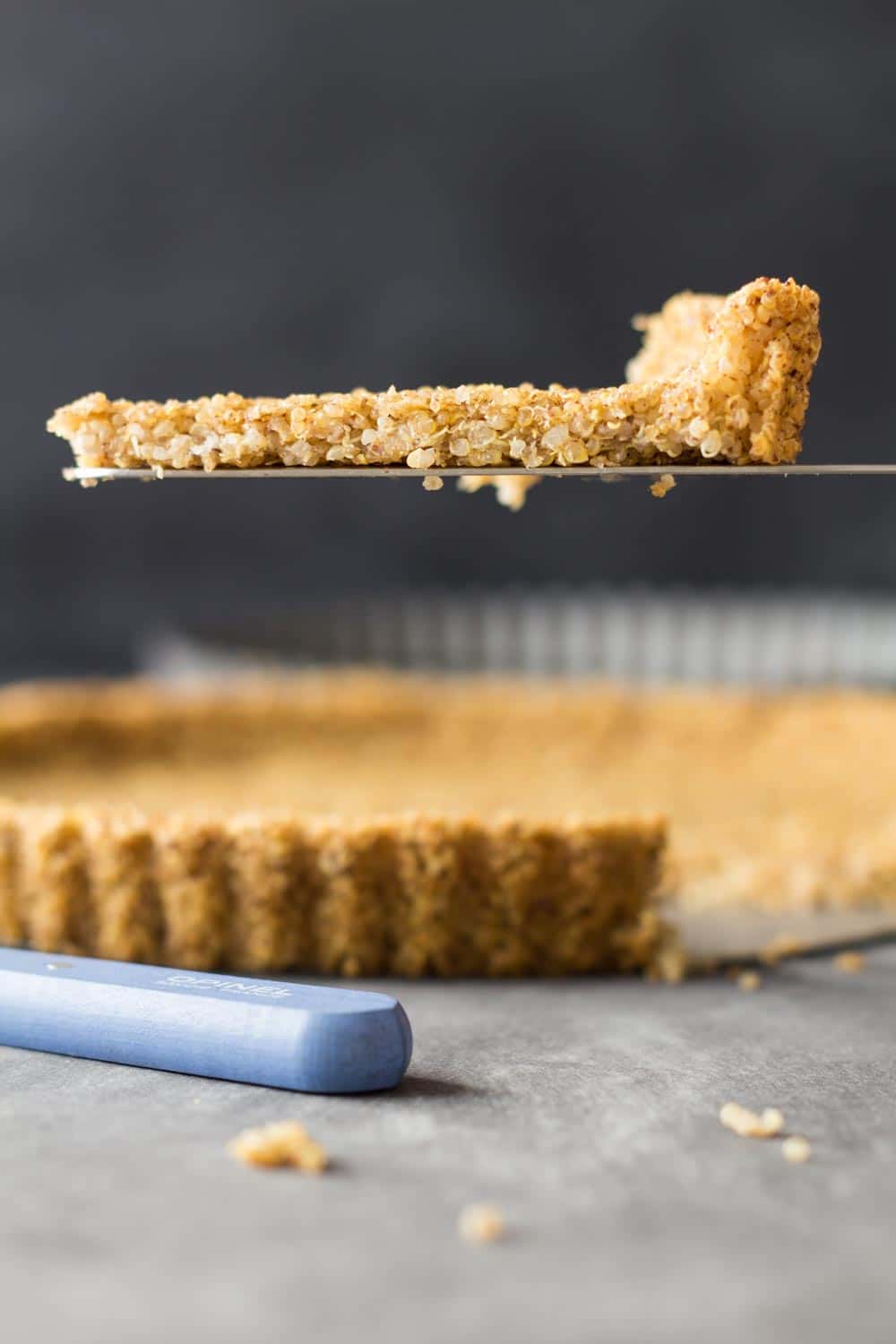 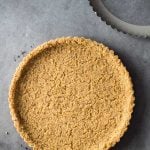