You’ve tried to make gnocchi before and they didn’t turn out even though you followed the instructions word by word? Yeah, me, too!! I remember the first time I made gnocchi, or I should better say, TRIED to make gnocchi, as if it was yesterday. I had just moved out from my parent’s house into my own apartment and thus finally became chef in my kitchen. Before at my parent’s house I was obviously always only sous-chef and had someone supervising the process of whatever I was helping to make. I remember following the instructions EXACTLY as they were written in the recipe and my gnocchi were HORRIBLE :( At first they fell apart and became more like mushy gnocchi bobbles. I tried and added some flour to the dough and they became suuuper dense. In the end I was so disappointed I never tried again during the whole time I was a student. Only later when making Malfatti in London I understood what had gone wrong back then. Every country has different denominations for their potatoes and every country has different potatoes obviously. I mean, we all know there are different kinds for different dishes. Floury potatoes or starchy potatoes for mashing and waxy potatoes for boiling or roasting etc. but the “same kind” has many many many different “sub-kinds” and THIS is where the problem lies with measurements for gnocchi ingredients. The potatoes I used won’t be exactly like the potatoes you’ll be using and thus if you measure the amount of flour and use exactly what I used you might not get the same result.

So, the big question is How to Make Gnocchi so they turn out great every time? Well, the trick lies in not measuring exactly but rather watching the dough. Use as little flour as possible otherwise the gnocchi will become too dense but use “just enough” so you can work with it and it won’t stick to your hands and working surface. Do not underwork or you’ll have flour bobbles in your gnocchi and don’t overwork because they’ll become very dense. This means, work in the flour until it JUST is incorporated and makes a uniform dough and stop immediately. You will still have to roll the dough, enough manipulation ahead.

In general I’d say 1/2 cup of all-purpose flour is needed per pound of potato and from there you can adjust what is needed. Another 1/4 cup is needed for the rolling process. So it won’t stick to the surface and/or your hands after manipulating for long. The egg yolks are not absolutely necessary but help make the dough more elastic and thus easier to work with. Say YAY to egg yolks!!

If you don’t have a dough scraper to cut the dough in four parts you can use a big knife the wrong way to cut through it without damaging your work surface. I really have to get a dough scraper!! Getting the table clean at the end of all this would have been so much easier had I had one. It’s now on position 4597 on my Amazon wish list of kitchen utensils, haha.

Most gnocchi have those creasing to make any sauce you use for them be caught in them and not just slide down the sides. There is a special wooden thingy to make that or you can use a fork the wrong way and roll them down. In my opinion this takes waaaaay to long though and the same can be achieved by just pressing your finger into the gnocchi to make and indentation for the sauce to be caught in later.

I love to eat fresh gnocchi fried in a little browned sage butter and salt. This is the absolute best combination EVAHH!!

How to Make Gnocchi

Have you tried this recipe?Take a picture and tag @greenhealthycooking Can't wait to see your version! 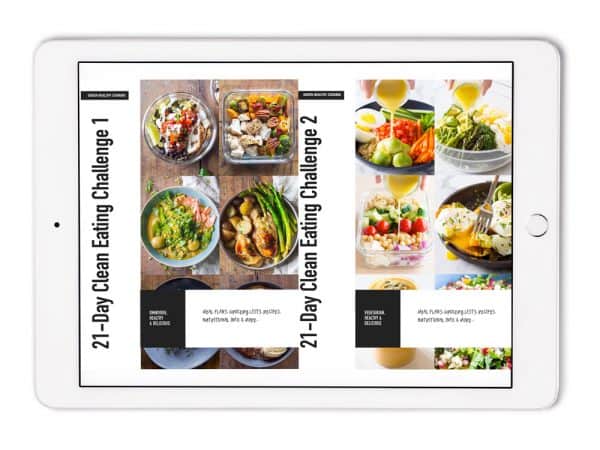